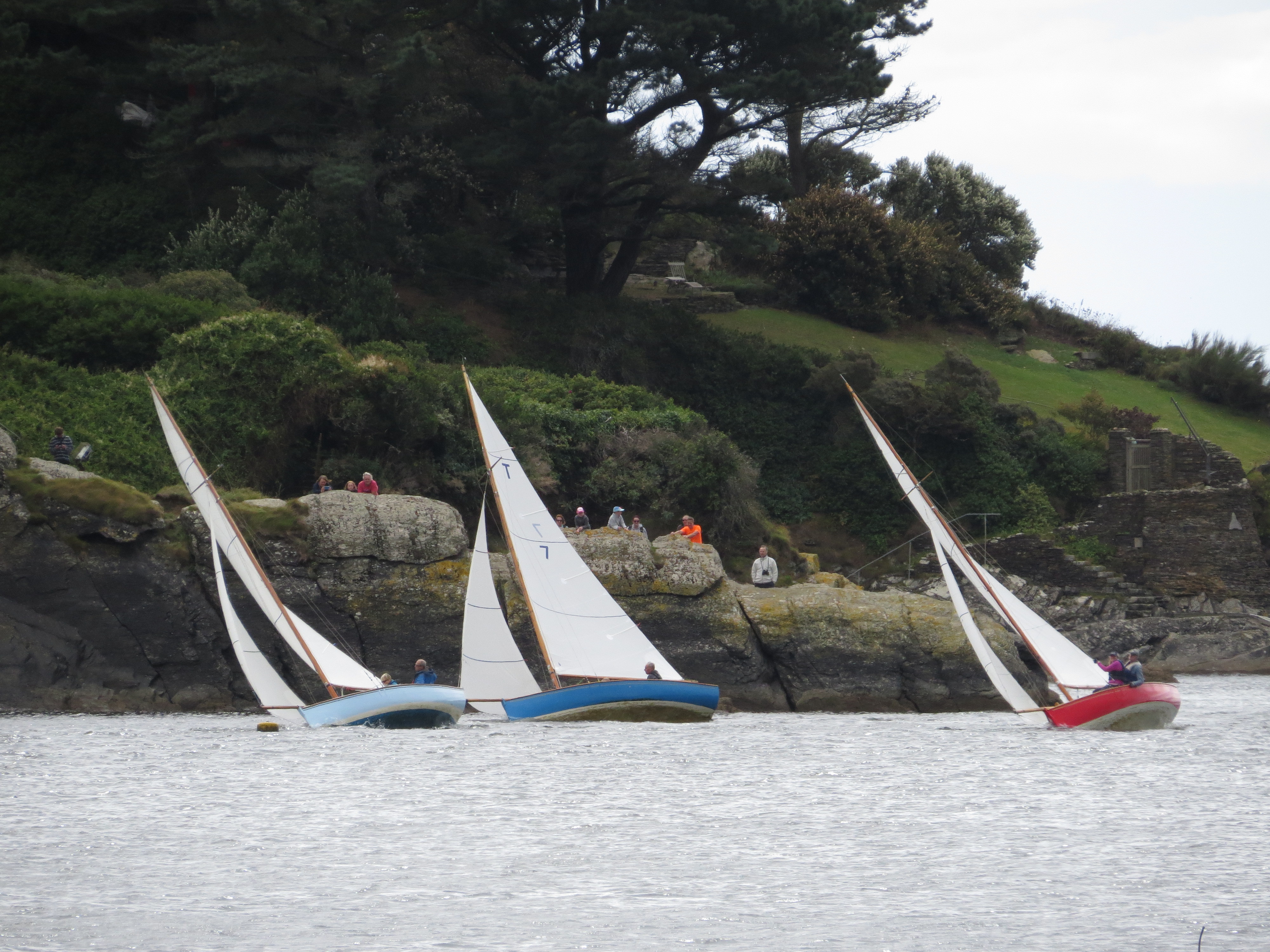 The Troy class keelboats are the local 'one-design' class of Fowey, first conceived in1929. The boats are made of sawn timber, measure 18ft long (22ft including bowsprit) and have a lead keel weighing 1500lbs. Class rules require traditional wooden varnished spars and that the boats be built by a local boat builder and kept within a 10 mile distance of the River Fowey.

The first 19 boats were constructed by boat builder Archie Watty at his yard next door to the Gallants. T1, Jocelyn, was ordered as a one off by Sir Charles Hanson, ex-Lord Mayor of London and of Fowey Hall, for his daughter to race in Fowey. So impressed was the local bank manager, Mr Strong, at the boat taking shape in the yard, that he also ordered a boat which was laid down in front of the first and thus it was that the second boat was in fact launched before the first. Both boats performed so well that a further 4 were ordered the next year.

With 6 boats on the water, a class was formed and Sir Arthur Quiller Couch was approached for permission to use the name Troy, from his novels based on Fowey, renamed Troy town. The first owners were the local luminaries of the day including Sir Charles, Colonel Edward Treffry, the local squire, Mr Strong, Dr Moore and local solicitor Walter Graham. Intertwined with the history of Fowey, they have been sailing the harbour waters ever since.

By 1937, 11 boats had been made. With a pause during the war, construction began again in 1947. Archie Watty died in 1949 but his yard lived on under the auspices of one of his apprentices, Jim Turpin, and the last Watty's Yard built boat, T19 Topaz, was launched in 1970. The original moulds now hang in the Fowey Gallants Sailing Club. After a hiatus of 19 years, T20 Maid of Polruan, was built by John Fuge, of Golant. Further boats followed at intervals with a surge of interest and 7 boats since 2004. Originally gunter rigged, a tall Bermudan rig has now been adopted, designed to capture the fickle winds blowing over the hills surrounding Fowey Harbour. Troys could be described as 'sporty' in winds of 20kts, while in light airs, use of momentum and knowledge of tide, current and local wind variations in the harbour are vital for successful racing. The spinnaker system has the pole permanently attached to the spinnaker and can prove challenging to fly in high winds, with many a pole flown from the masthead by mistake.

The class now numbers 29 with the latest boat T29 Lucy built by Marcus Lewis and launched in 2018. 2 boats are completely lost and one in pieces, leaving 26 still in the Fowey area and mostly afloat. A regular turnout of between 14 and 20 boats for Wednesday evening and Saturday afternoon racing demonstrates their continued popularity for good quality, one class racing.